The Vindelfjäll nature reserve contains all that the Lapland mountains can offer in a nutshell. Here you can find high massivs, U-bottomed valleys and mountain heathland. Further down, there are mountain birch forests, wetlands full of birdlife, lakes full of fish, and Sami settlements. If you’re lucky, you may see a mountain fox.

Kungsleden between Ammarnäs and Hemavan passes right through the region, and STF cabins are located at the end of each stage. If you hike southwards from Ammarnäs, the first day is a stiff climb up towards the STF Aigert mountain cabin. If you want an easier route, take the boat to Servestugan across Tjulträsket, west of Ammarnäs.

You then take the second highest pass on Kungsleden as part of the stage between Aigert and Serve. Stop for a while and admire the magnificent view towards Ammarfjället. Birdwatchers and anglers are usually eager to break trail at Tärnasjön. The Tärnasjö archipelago is located at the southern end of the lake, which you pass using long suspended bridges.

As you approach the STF Syter mountain cabin, views of the Syter peaks await. The U-bottomed Viterskalet is known locally as “Södra Lapporten”. Norra Sytertoppen rises beside Viterskalet: with its 1,766 metres this is the highest peak in the Vindel mountains. The trail ends at Viterskalet with a long downhill into Hemavan, the southern end of Kungsleden. The STF hostel in Hemavan offers good food and comfortable beds.

Reindeer husbandry is carried out throughout the region, and visitors must show respect for this. 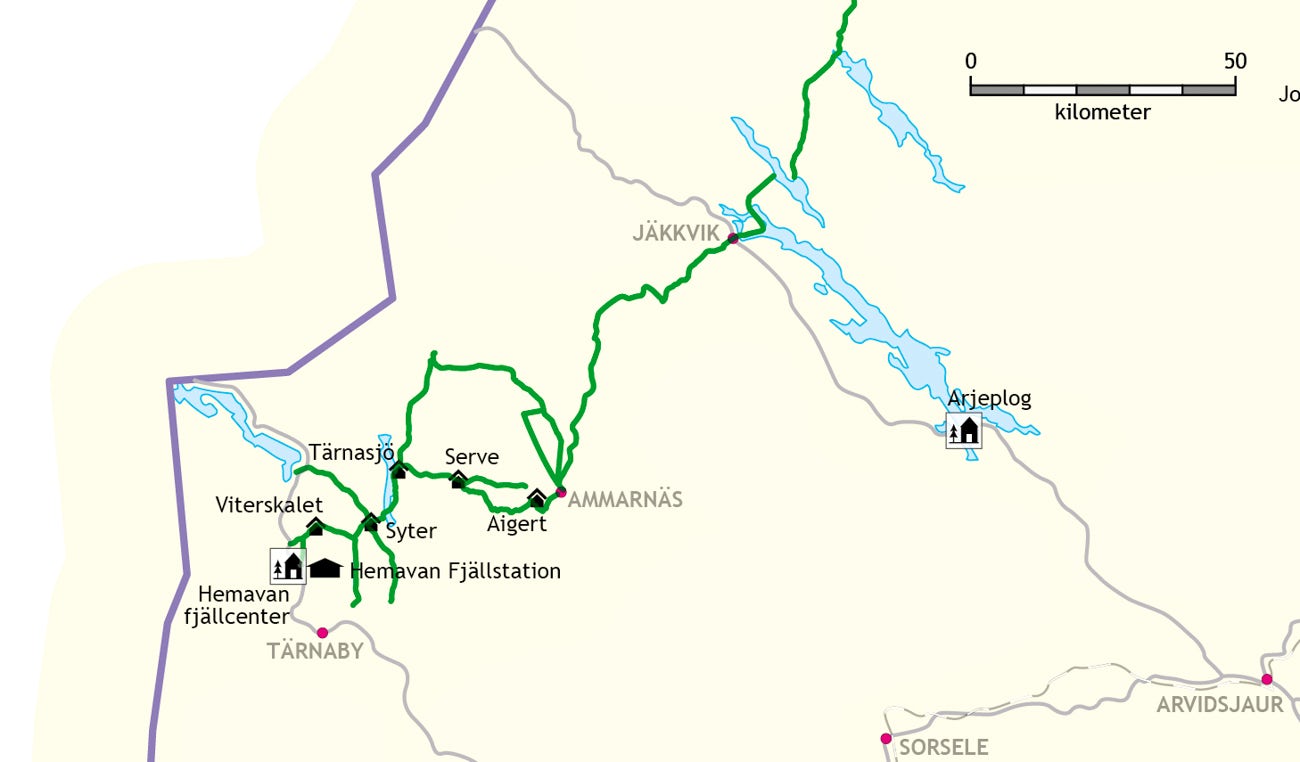 Stay in a mountain cabin